When should you retire

A small delay in retirement has a large impact on your wealth. 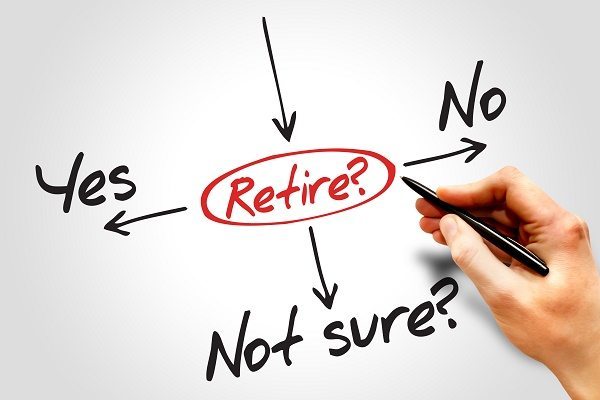 Here’s a statement that might make us unpopular: most Australians retire too early.

But don’t take our word for it. Listen to the Productivity Commission (‘PC’). About this time last year, the PC released a research report into superannuation and post-retirement. They modelled what would happen if the minimum age for accessing preserved benefits (currently 60 years of age) was raised to the age of 65. They found that, on average, this would see Australians spend an extra two years in paid employment. But – and here is the kicker – those people would have an extra 10% in super.

That 10% could mean the difference between a comfortable retirement and a really pleasant one. Our experience is that people who retire early often run out of money before they run out of years – and spend their last years on the planet on the old age pension.

The PC even provided this wonderful infographic:

The reason for the outsized benefit to super (an extra two years of work leading to an extra 10% in benefits) is that there are actually three super advantages to staying at work for longer.

The first is the obvious one: you receive super contributions for longer, meaning that more money goes into super in the first place.

The second is obvious as well, as the delay in commencing withdrawals from the fund means that the benefits remain untouched for longer. This of course means that there is more there for any given age than would have been the case had you retired sooner.

The third is related to this: by deferring the draw down from super, more assets remain in super and therefore the earnings on these assets will be greater, which adds to the size of the benefits when eventually they are withdrawn.

And if an extra two years’ work adds 10% to your super balance, think about what a four or five year delay would add.

One possible solution for people who want to retire but cannot afford to is to cut back their working hours but remain partly in the workforce. We call this a ‘gradual retirement.’ A gradual retirement has obvious financial benefits – you keep earning at least some employment income for a longer period of time, and if they are employees they also continue to receive at least some super contributions for a longer period.

The benefits are not solely financial. There is increasing evidence that people who remain in paid employment are healthier than their retired age-peers. And there is even anecdotal evidence that the period immediately post-retirement can be one of great stress for married or partnered couples, who all of a sudden find themselves spending a lot more time together than has previously been the case.

So, think of your partner or think of your super balance – but think about working longer and having a much more enjoyable retirement.